BION-1301 is a novel anti-APRIL monoclonal antibody with a potentially disease-modifying approach to treating IgA nephropathy by depleting Gd-IgA1, the pathogenic IgA variant, and reducing proteinuria. 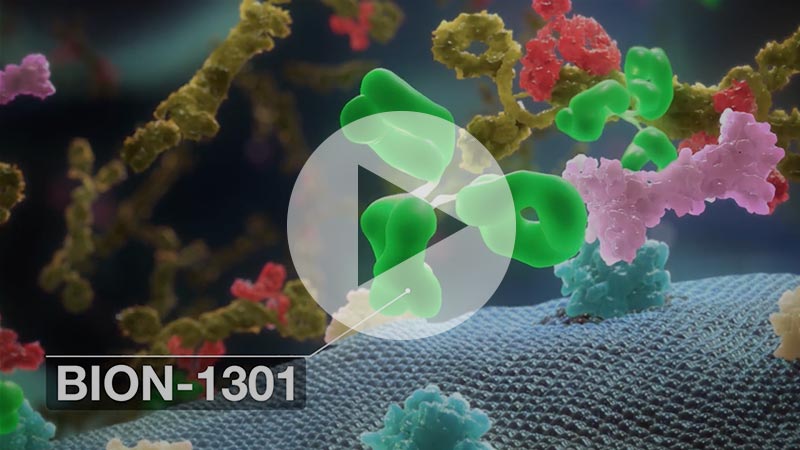 Watch our video to learn more about BION-1301’s mechanism of action and disease-modifying potential in IgA nephropathy.

BION-1301 is a proprietary monoclonal antibody therapeutic targeting APRIL, which is being evaluating for the treatment of IgA nephropathy. Preclinical studies have demonstrated that BION-1301 binds to a specifically defined epitope on APRIL, resulting in complete blockade of APRIL-induced receptor activation. Dosing of BION-1301 in non-human primates led to a significant reduction of blood IgA levels and established a favorable safety profile. Preclinical studies demonstrated that hAPRIL transgenic mice produce rising levels of IgA as well as IgA deposits in the kidney. Administration of mouse anti-human APRIL was shown to reduce levels of IgA in both the serum and the kidney.

The safety and tolerability of BION-1301 were evaluated in a phase 1 trial in healthy volunteers. In healthy volunteers, BION-1301 was well-tolerated with no serious adverse events, a pharmacokinetic half-life of approximately 33 days and demonstrated dose-dependent pharmacodynamic effects characterized by durable reductions in serum levels of free APRIL, IgA, galactose-deficient IgA (Gd-IgA1) and IgM, with a lesser reduction in IgG. 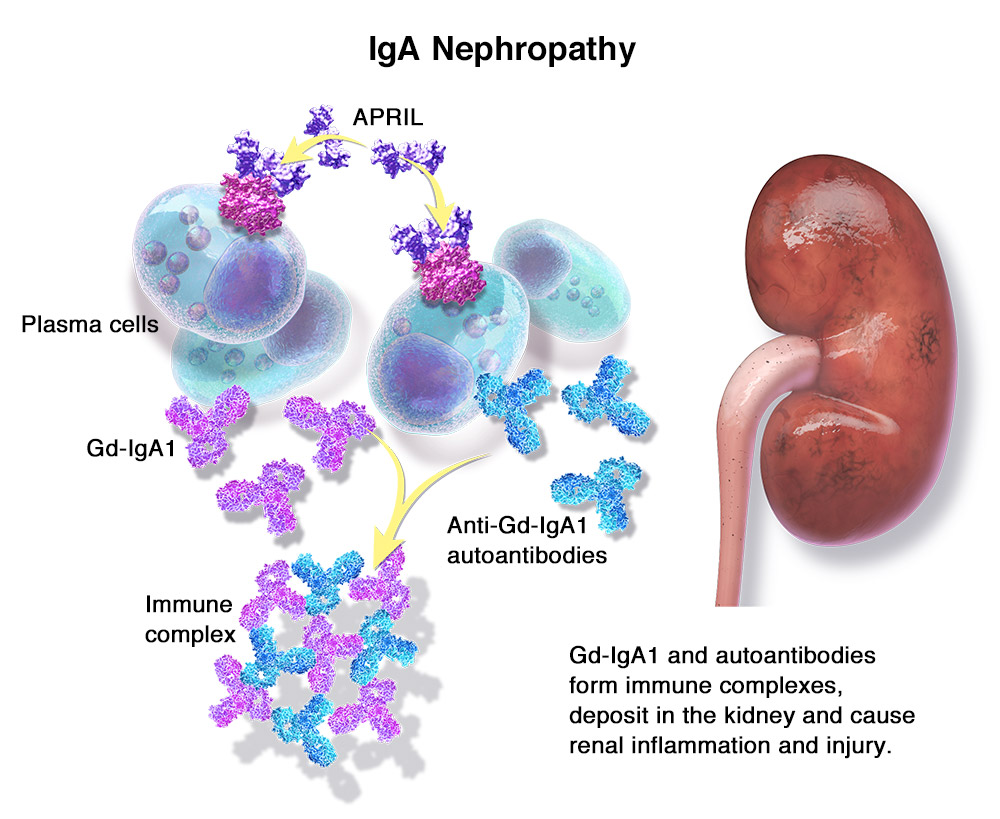 APRIL stands for A PRoliferation-Inducing Ligand is a TNF-family cytokine involved in B-cell signaling, regulating plasma cells and normal levels of immunoglobulin production. Specifically, APRIL binds to BCMA and TACI receptors on the surface of plasma cells to stimulate production of IgA, high levels of which are known to promote the disease process in cancers and autoimmune diseases involving plasma cells.

Patients with IgA nephropathy have significantly higher levels of APRIL than healthy individuals, and higher APRIL levels in these patients correlate with poor prognosis in the form of increased Gd-IgA1, increased proteinuria and decreased eGFR. Published literature has demonstrated that APRIL critically drives IgA class switching, the survival of IgA-producing plasma cells and the secretion of Gd-IgA1 (Hit 1 in the multi-hit pathogenesis of IgAN).

A phase 1 clinical trial of BION-1301 in healthy volunteers and patients with IgA nephropathy has been initiated. Parts 1 and 2 in healthy volunteers have been completed and Part 3 of this trial is enrolling patients with IgA nephropathy. Additional information on this trial can be found by visiting ClinicalTrials.gov (NCT03945318) or by contacting clinicaltrials@chinooktx.com.

Additional clinical trials are planned to further evaluate the safety and efficacy of BION-1301 in patients with IgA nephropathy.